Introduction – Our goal was to determine the effects of TPX™ in a marine aquarium environment. TPX™, like all media in the aquarium market, works by restricting the essential nutrients available to the algae. Our experiments were derived from traditional media type absorption methods in a similar application. We will introduce the media at a specific amount by weight and contact rate through a standalone flow through style reactor housing. The resulting tests indicated that Nclear quickly and efficiently absorbed excess nutrients from the water column, thus reducing the display tank algae through nutrient competition.

Materials – Our team purchased and relocated an established ninety-gallon marine aquarium to our testing facility. This particular tank was chosen for the dominant algae present, Chlorodesmis fastigiata, or Green Hair Algae. The tank was thriving with many of the key inhabitants necessary for a functional marine ecosystem.

Some of the marine inhabitants were:

The tank was reestablished with a simple and minimalist approach to the standard style of filtration methods, consisting of a small felt filter sock or bag, a protein skimmer, and an appropriate amount of nutrient-consuming live rock, all located beneath the tank in a mechanical sump. The tank was set up with adequate time for ammonia levels to decease after a brief increase from the loss of a small amount of inhabitants due to the disruption of breaking down the tank and transporting it. The tank was appropriately lit using four 54 watt T5 fluorescent tube style bulbs for an eight hour lighting cycle, and temperature was maintained at a constant 78 degrees Fahrenheit. 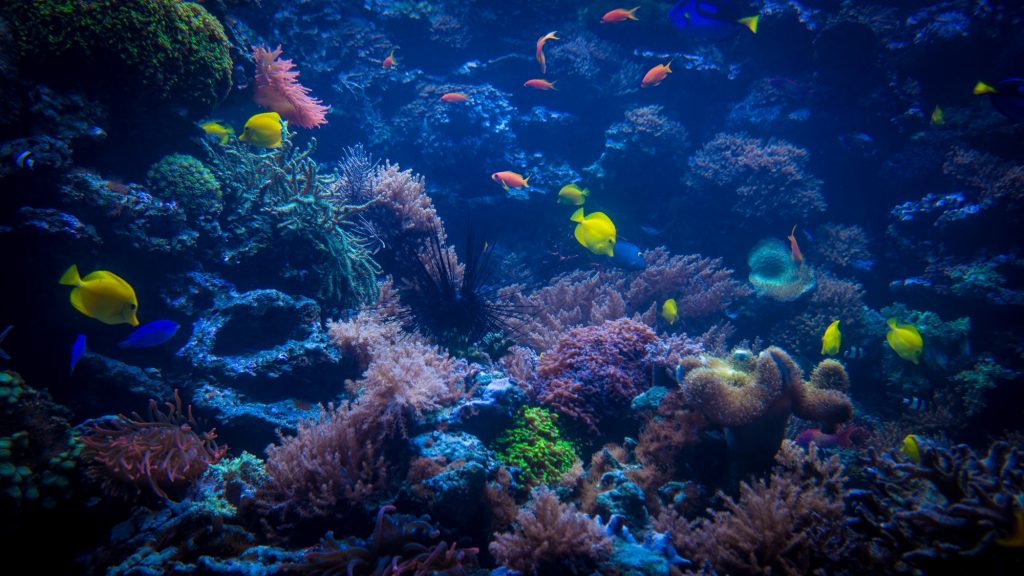 TPX™ – We began a series of tests over a span of six months to determine the nutrient effectiveness and to see if any toxicity or inhabitant mortality issues would occur. TPX™ media was first introduced in a 32 oz. up flow style remote reactor with approximately 250 gallons per hour of flow. Temperature, pH, nitrate, and phosphate levels were monitored and recorded. Additionally, alkalinity, calcium, magnesium, and salinity were monitored. The media was run on a continuous basis for two-week periods, followed by a minimum of a two-week period of no media. This allowed enough time for the algae to return so that additional testing could be conducted without the complete demise of the algae. The second control batch of TPX™ was introduced utilizing the same methods as the first test. The first and second test showed that, housed in an up flow style reactor, the media would become too fine from constantly being agitated and resulted in a clogged filter. The third test marked the introduction of boney fish to further observe any potential side-effects and included the use of a down flow type media reactor. The down flow reactor was incorporated so that the media would be pressurized and immobile against a direct contact filter pad, thus extending the size of the media without an increase in excess fines. Tank inhabitants were thoroughly observed throughout testing procedures.

Traditional adsorption media has been utilized for many years in a marine environment to improve the health of its inhabitants and promote optimum growth. It is necessary for minimal nutrient levels to remain at negligible amounts in order for the calcification of corals to take place. For example, in the natural ocean environment, phosphate levels typically are found below .005ppm, but in a home aquarium, they may exceed 2.0ppm fairly easily. Coral recession or death will quickly occur at such high concentrations. Home aquarists try diligently to reduce these levels through painstaking processes and find that removing excess nutrients can be a truly daunting task. TPX™ proved to be a superior product for the removal of excess nutrients in a controlled aquarium. Test results far exceeded initial expectations and were visually apparent within a 24-hour period. The majority of algae had disappeared with in a seven-day period, and virtually no algae was visible at the end of the two-week testing period. Such results are typically achieved with many months or years of media treatment. No adverse side effects were observed on either the inhabitants or the chemistry necessary for such a delicately balanced ecosystem.

Nclear Inc., founded in 2012, is a provider of proprietary solutions to address the global problem of nutrient pollution. With research and warehousing facilities located at our Atlanta based Headquarters, all of our products are proudly “Made in America”.